We're a family of 2 veggies and 1 Gluten Free meaty but we don't often have meat in the house.  Occasionally on a Sunday as well as a nut roast we get a free range whole chicken to roast for the meaty!  This week I picked up one at Lidl for £3.99, a smaller size but free range.   I'm not the biggest fan of preparing and handling chicken so I like to make it easy peasy.

I'd read somewhere online about roasting chicken in a slow cooker so I thought I'd give it a try.  The slow cooker needs to be dry and set to high.  We wrapped 4 new potatoes in tin foil and put them into the bottom of the slow cooker.  This stops the chicken from burning as you rest the chicken on top of the foiled potatoes.   At the same time we make some garlic butter with lots of herb which we melted in the microwave.  We then tipped some inside the bird and brushed the rest on top.

We popped it into the slow cooker and cooked on high for about 4/5 hours although you could put it on low for longer.  After about 4 hours check every so often.  We decided to put in a hot oven for 15 minutes to crisp the skin although this is optional.

Don't forget, you can eat up the potatoes too!

Apologies, no picture.  Didn't managed to snap one before it was gobbled up by the meat starved meaty in the house! 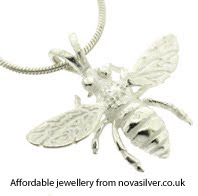